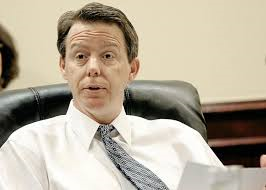 Oklahoma’s wind industry withstood another attack on the credits it’s getting from the state during a Thursday meeting of the Incentive Evaluation Commission, the group that’s studying tax credits and recommending which ones should be shelved or reduced to help the state budget.

State Senator Mike Mazzei, who is the outgoing Senate Finance Committee chairman said the state budget is at risk because of the tax credits given the wind industry.

“In 201`0, this credit cost Oklahoma $3.7 million, but as of 2015, the cost exceeded $100 million,” claimed Mazzei. “The whole goal of any tax incentive should be to generate economic benefits that are greater than the cost. When you look at the direct economic benefit from the wind power facilities in 2015, it was $78.4 million and produced only $17.1 million tax revenue.”

Mazzei told the Commission that because Oklahoma is looking at a budget shortfall of at least $600 million for fiscal year 2017, “we clearly cannot afford to wait until 2021.”

That’s when the wind industry’s tax credits are set to expire. And the Senator from Tulsa charged that the tax credit had been hurting Oklahoma’s education funding.

“During the years the cost of this tax credit was skyrocketing, we were reducing education funding. Since 2009, K-12 funding is down $95 million even though student enrollment is up by 40,000. We’re now 50th in the nation in teacher pay,” he added.

Mazzei says while the tax incentives had resulted in increased wind power facilities in the state the budget constraints facing the state and the many unmet funding needs for core functions called for the production tax credit to end sooner than originally planned.