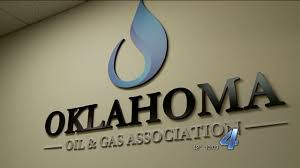 The Oklahoma Oil and Gas Association will host a Friday luncheon featuring a panel with four major oil and natural gas company executives discussing investments in the SCOOP and STACK.

They’ll also be discussing the industry’s vision of how the plays will shape Oklahoma’s future oil and gas development. The SCOOP and STACK are considered to be among the major Midcontinent plays and are ranked among the most economic major plays in the Lower 48.