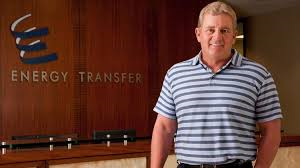 Those protesters fighting the Dakota Access Pipeline in North Dakota took their aim recently at the chief executive of the company. They demonstrated outside a meeting of the Texas Parks and Wildlife Commission where Kelcy Warren, CEO of Dallas-based Energy Transfer Partners is a commissioner.

Warren didn’t resign as the protesters demanded and he has not backed off plans to finish construction of the pipeline where thousands of mostly Native American protesters have interrupted construction. Hundreds have ended up behind bars on trespassing complaints and other charges.