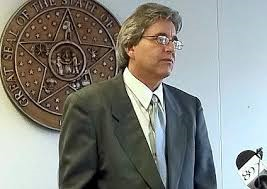 “We will be taking further action in the area,” said Matt Skinner with the Oklahoma Corporation Commission following the Sunday night earthquake at Cushing.

Of major concern was possible damage to the major oil hub at Cushing, the one where millions of barrels of oil are stored and also pumped to the refineries along the Gulf Coast.

“As of now, those operations are normal,” said Skinner. “Last night many of them were shut down as a precaution. But the assessment is completed and there aren’t any problems reported out of that facility.”

No timetable has been set on when an action plan will be announced by the OCC but Skinner told OK Energy Today the Commission’s earthquake team is working with the OGS and its contract geophysicist to formulate a plan.

“We last took action in Cushing in October 2015 on 14 wells and we will be taking further action in the area,” promised Skinner. “Regardless of what’s located there—–we had a quake of very strong magnitude and it’s absolutely required.”

Listen to Jerry Bohnen’s interview of Matt Skinner about the Cushing response.