Gov. Fallin said to be ‘Leading Candidate’ for Interior Secretary 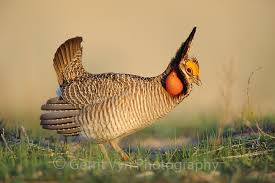 U.S. Sen. Jim Inhofe’s not happy about the actions of the U.S. Fish and Wildlife Service and its move to try and list the lesser prairie chicken species as an Endangered Species.

“I am disappointed the FWS is moving ahead to relist the lesser prairie-chicken,” said Inhofe. “Just last year the Western District of Texas appropriately overturned the lesser prairie-chicken’s previous listing, noting that the Service did not adequately consider the effectiveness of the states’ conservation plans when it assessed the species’ need for federal protection.”

It is a move that could possible end up impacting Oklahoma’s energy industry.

The Wildlife service said a petition to list the prairie chicken species had what it called “substantial information” to warrant a Species Status Assessment. The assessment could eventually lead to put it on the Endangered Species Act list.

Sen. Inhofe says it is important to let the multi-state conservation plan have time to work before bringing down the full force of the Endangered Species Act.

“The ESA should be a last resort,” implored the Senator. “local, cooperative efforts as seen in Oklahoma and her partner states could set a precedent for a way to move forward on species conservation without the heavy hand of the federal government.”