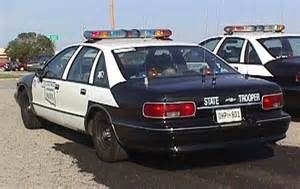 In a move that will likely affect drivers in the oil and gas industry, coal haulers and others in the transportation business, the Oklahoma Highway Patrol has announced cutbacks in patrol hours on state highways due to the state budget shortfall.

The move not only puts troopers on a 100-mile-a-day restriction but applies to OHP aircraft as well beginning Dec. 1. Overnight operations will also be affected. Previous cost-saving reductions were announced including not hiring any State troopers in the coming year, no expansion of its 800 MHZ radio system, not filling some driver licenses examiner positions and the loss of 32 critical employees earlier in the year.

“I am asking for the patience and understanding of the public,” said DPS Commissioner Michael C. Thompson in the announcement. “These are difficult but necessary in order for DPS to make it through FY 2017.”

“The public is going to have to understand it will take a trooper longer to get to them when they call if it isn’t an emergency,” stated OHP Chief Ricky G. Adams. “It shouldn’t take a national event like the Michael Vance manhunt to remind everyone how important troopers are to the safety of Oklahoma.”

The highway patrol has 805 troopers assigned across the state and they are responsible for patrolling nearly 112,000 miles of roadway.