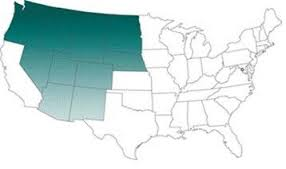 A lawsuit filed by an oil and gas industry group against the Bureau of Land Management for failing to hold oil and gas lease auctions has taken another turn in New Mexico. The Western Energy Alliance has asked a federal judge to keep nine environmental groups out of the lawsuit, contending groups such as the Sierra Club, the Center for Biological Diversity and WildEarth Guardians have nothing at stake in the dispute. The groups want to intervene and it’ll be up to the judge to decide.

The lawsuit was filed in August after the BLM failed to hold quarterly oil and natural gas lease sales on public lands. At the time, the Alliance said, “At a time when Keep-it-in-the-Ground protesters are petitioning the Interior Department to violate the Mineral Leasing act and stop federal oil and natural gas leasing by execution action, the trade association is reminding the agencies of their congressionally mandated responsibility to lease lands in states with oil and natural gas resources.”

“The extremism we see from anti-oil and gas protesters, such as the vandalism and sabotage in North Dakota is cause enough for BLM to hold leases sales online,” said Kathleen Sgamma, vice president of government and public affairs at the Alliance.