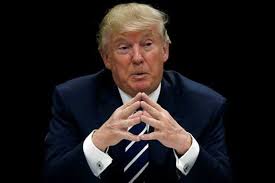 Either someone at Politico didn’t get the message or the political news publication is on target. As of Friday, it was still including the names of Oklahomans Mary Fallin and Harold Hamm as possible appointees along with that of U.S. Rep. Jim Bridenstine in a new Donald Trump administration.

“The biggest game in town right now is guessing who will be in Trump’s Cabinet,” said Politico. “A spreadsheet floating around K Street lists a ton of options for the New York businessman.”

It went on to say Kansas Gov. Sam Brownback is among those mentioned as likely to head Agriculture.

“Venture capitalist Robert Grady and businessman Harold Hamm to lead the Energy Department,” said Politico, even after Hamm emailed employees this week at his Continental Resources Inc. that he intended to remain at the company he founded many years ago.

Governor  Fallin has given all indications that she would prefer to remain governor but also says she would discuss a cabinet job if it were offered.

Congressman Jim Bridenstine says he too would be open to the possibility of being a Trump appointee, something reported by Defense Daily Network. The Network says he could become secretary of the Air Force or National Aeronautics and Space Administration administrator.

“I have enthusiastic supporters in the civil, commercial and national security space communities. I think they are driving the speculation,” he texted to the Tulsa World.

Bridenstine’s a member of the Oklahoma Air National Guard and flew combat missions as a Navy pilot. He also is a member of the House Armed Services Committee and is described by the Defense Daily Network as “space guru.”

The Network said sources indicated he would be interested in either position should he be asked.