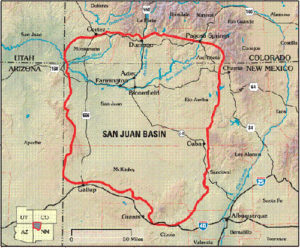 A spokeswoman for the company confirmed it will sell assets in the San Juan Basin over the coming two years. ConocoPhillips has operated in the Basin for more than half a century and is considered to be the largest operator in the region. It has thousands of wells there and employs nearly 500 people in the area.

County commissioners in Farmington, New Mexico expressed concern about what the asset sale might mean for workers in the region. Farmington is located nearly in the middle of the Basin that approaches the Four-Corners region of the U.S.

The confirmation of the approaching sale came after ConocoPhillips reported a third quarter loss of $1.04 billion.