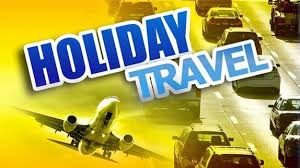 The American Automobile Association is out with its annual Thanksgiving traffic prediction that 48.7 million Americans will be going somewhere for the holiday. That includes about 615,000 Oklahomans who will travel 50 miles or more from home.

The national prediction is a million more travelers or an increase of 1.9 percent over the 2015 travels. It is also the most Thanksgiving travelers since 2007.

AAA Oklahoma says an estimated 555,600 Oklahomans will get to Thanksgiving destinations by car or truck and that’s 1.3 percent more than a year ago. It also represents 90 percent of all travel by Oklahomans.

An estimated 49,600 Oklahomans will fly to a holiday destination which represents a one percent jump compared to a year ago. As for the remaining Oklahoma travelers, they’ll go by bus, RV or even cruise ship.

All total, about 615,300 Oklahomans will go somewhere for the holiday, an increase of 1.3 percent compared to Thanksgiving 2015.

“We believe this year’s increase in Thanksgiving travel is being driven by improvements in the economy during the second half of the year, including rising wages, increased consumer spending and overall strength in consumer confidence,” said Chuck Mai, spokesman for AAA Oklahoma. “Plus, Oklahoma’s pump prices for regular gasoline are pretty enticing right now. At $1.872 per gallon today, the state average is second lowest of all the states, it is about 12 cents less than on this date last year, and it’s well below today’s national average of $2.157. Only Missouri’s price average today of $1.868 beats us.”