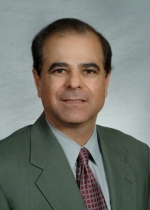 A graduate of the University of Oklahoma’s Mewbourne School of Petroleum & Geological Engineering is pledging significant financial support for the Center for the Creation of Economic Wealth (CCEW) at OU’s Michael F. Price College of Business, according to a report by The Oklahoman.

Distinguished Oklahoma City oil executive Ronnie Irani’s donation is aimed at advancing the growth of the CCEW, an economic development organization that specializes in high-impact projects centered on software and web development, technology and entrepreneurial support. The center was established ten years ago at the university.

The pledge announced this week will become the largest gift in university history from an OU international student. The donation amount remains undisclosed.

“The University of Oklahoma is deeply grateful to Ronnie K. Irani for this generous gift that will provide valuable resources to our students and faculty as they pursue innovative projects designed to stimulate growth in our state through the Center for the Creation of Economic Wealth,” said David Boren, University of Oklahoma President.

The OU Board of Regents will receive University President David Boren’s recommendation that the CCEW should be named in honor of Irani as recognition for his gracious donation.