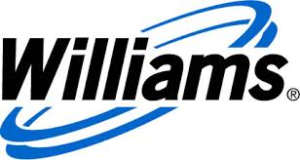 The adjusted earnings totaled $1.192 billion, an increase of 8% or $89 million from a year earlier, according to a filing the company made early Monday with the Securities and Exchange Commission.

Cash flow from operations in the third quarter came to $618 million, a $15 million increase. The net income of $61 million was an increase from a loss of $40 million a year ago, so the increase actually totaled $101 million.

The company said the $101 million increase in earnings was “driven by the absence of $41 million of impairments of equity-method investments recognized in 2015.” Williams also said the improvement also reflected higher olefins margins at its Geismar plant, lower operating and maintenance expenses and higher service revenues associated with expansion projects.

However, year to date, Williams reported an unaudited net loss of $409 million, a $553 million decrease from the same time period in 2015.