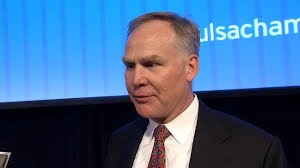 Alan Armstrong, President and CEO of the Williams Companies, was honored on Wednesday by the Tulsa Press Club as one of its 2016 Headliners Club inductees.

The Headliner awards recognize outstanding civic, business, professional and industry leaders of the Tulsa community. This is the 60th year of the awards.

Since 1956, many of Tulsa’s oil and gas industry leaders have been recipients of the prestigious award including W.G. Skelly, W.K. Warren, Lawrence Dresser and Henry Zarrow. Three former Williams’ CEOs also received the award in earlier years.