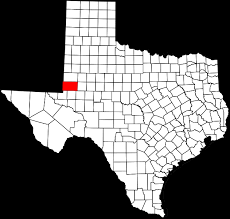 Four national and state groups are fighting a plan to consider a short-term nuclear waste storage site in west Texas.

The groups, Beyond Nuclear, Nuclear Information and Resource Service, Public Citizen and Texas-based Sustainable Energy and Economic Development Coalition want the US Nuclear Regulatory Commission to terminate its review of the license application.

The application was made by Waste Control Specialists to construct an interim high-level nuclear waste dump in Andrews County. The opponents fear the short-term site will become a permanent one.

Waste Control is seeking a permit to build a facility to hold up to 40,000 metric tons of nuclear waste but only if the U.S. Government first assumes responsibility for the waste and also agrees to ship it to the Texas site by rail.

Reports indicate that the license application is for the first 5,000 metric tons but company materials show it is planning on expanding the site to handle more than half of the estimated 75,000 metric tons of commercial nuclear waste currently in the U.S.

Diane D’Arrigo, radioactive waste project director, Nuclear Information and Resource Service (NIRS), said: “Moving nuclear power waste over roads, rails and waterways to a supposedly temporary site puts us all at risk and creates only an illusion of a solution.”

Karen Hadden, executive director, SEED Coalition, added: “Due to risks of radioactive contamination from leaks or accidents or potential terrorist actions, nuclear waste should only be moved once, and only when a deep underground permanent repository is in place that could safely isolate the dangerous waste for the million years that it will remain hazardous.”