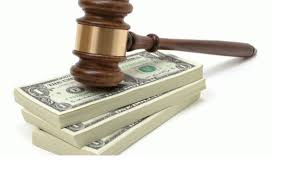 A total of $3.5 million in fines for criminal clean air violations will be paid by four companies in eastern Texas. The violations occurred from 2008 until 2012 at two Southeast Texas oil and chemical processing facilities and involved one tank explosion that killed a worker.

The companies entered guilty pleas in federal court. KTX Limited and KTX Properties Inc. pleaded guilty to negligently releasing hazardous air pollutants in a tank blast at its Port Arthur plant in the spring of 2011 One worker died in the explosion and two others were severely injured.

Two other companies, Crosby LP and Ramsey Properties LP pleaded guilty to failing to monitor leaks of ground-level ozone-producing air pollutants at their Crosby plant. They admitted to lying on reports filed with the Environmental Protection Agency and the Texas Commission on Environmental Quality.