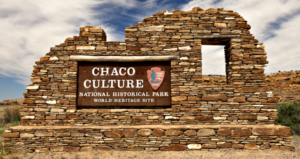 Native American concerns that ancient architecture found in northwest New Mexico could be harmed by oil and gas drilling have prompted the federal government to expand its review of public lands management in the area.

The focus of the attention by the U.S. interior Department is the Chaco Culture National Historical Park, considered a world Heritage site. It includes the remains of an ancient civilization that have been the source of an architectural and archaeological mystery for decades. \

US Deputy Interior Secretary Mike Conner announced a series of public meetings will be held next month as his agency and the Bureau of Indian Affairs Navajo Regional Office will look closer at management across federal and tribal lands.