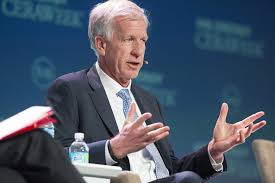 To hear Devon Energy’s Dave Hager put it, the oil and gas industry is just in the early stages of its technological developments that get the credit for the nation’s massive oil and gas renaissance.

“We are just in the early innings on this type technology,” Hager told those attending a Society of Exploration Geophysicists meeting in Dallas. He explained that the successful energy companies are also gathering more data and are being much more intentional about how they use it, according to a report by the Dallas Morning News.

Hager says the now companies are taking time to understand the geology and aren’t making a rush to drill with too many rigs. He also said the hottest oil and gas plays are the Delaware basin of the Permian and the STACK play in Oklahoma.

And about oil prices—what’s the price needed to get major exploration?