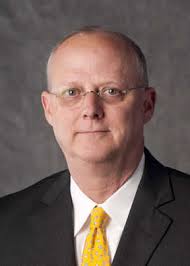 “A very special position—a very special play,” he told the audience at the Cox Convention Center, explaining some wells have initial production of 4,000 barrels a day.

Everyone in the industry wants to hear more details about the development of the STACK and the SCOOP. But the STACK is where Vaughn focused.

“We’re seeing positive results form the eastern part all the way to the south,” said Vaughn in discussing the region of Kingfisher, Blaine and Canadian Counties. “What portion of the STACK is working best? Really, the whole play is.”

Devon has identified an estimated 1,500 low-risk well locations in the play and the number should increase as the energy company gets more data from the play.

It’s Devon’s Pumphouse Pilot that has produced some healthy wells.

“We’re getting a lot of information.We’re participating in additional pilots across the project right now, doing 5,000 foot laterals and starting to move into 10,000 foot laterals,” explained Vaughn.

He said the company has already carried out some 24 hour initial production tests and expects to do some 30 hour IPs next week.

The STACK, according to Vaughn, has ten different zones and Devon has developed a detailed inventory.

“The growth that this has generated has been pretty special.”

As a result, Devon plans to increase its rigs in the STACK as of next month.