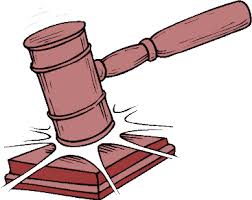 The Denver federal appeals court has ruled against environmentalists and a Navajo tribal group fighting to stop the Bureau of Land Management from approving permits to drill in the San Juan Basin in New Mexico and Colorado. It represented another win for supporters of the fracking technology.

The U.S. 10th Circuit Court said the coalition of environmental groups did not present any argument or evidence to warrant a halt to drilling in the region. The groups sued the BLM last year and said the federal agency had failed to study the effects of fracking on communities and the environment.

The 10th circuit got the case when a New Mexico federal judge turned aside the initial requests to pull drilling permits on hold while their lawsuit was being heard.

Jeremy Nichols with WildEarth Guardians admitted it was a setback but vowed to continue fighting the government.

“They may have won this court ruling, but if they’re interested in winning integrity and public trust and demonstrating genuine care and consideration over the impacts of fracking to tribal interests, clean air and climate in the region, they need to step up,” he said in response to the court ruling.

The lawsuit contends the San Juan Basin includes dozens of prehistoric Native American great houses connected by hundreds of miles of ancient ceremonial roads. The Chaco Culture National Historical Park is in the heart of the Basin.