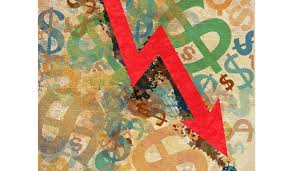 December West Texas Intermediate crude plunged $1.84, or 3.8%, to settle at $46.86 a barrel on the New York Mercantile Exchange.

December Brent crude, the global benchmark, dropped $1.41, or 2.8%, to end trading at $48.30 a barrel on London’s ICE Futures Exchange. Monday’s settlements were the lowest close for both grades since September 27.

With the official OPEC meeting only a month away, many market watchers openly cast doubt whether the cartel can organize consensus on cutting production in time.

In a meeting in Vienna over the weekend, non-OPEC members Azerbaijan, Brazil, Kazakhstan, Mexico, Oman and Russia all refused to commit to cut or even freeze production until there was agreement among OPEC members. Within OPEC, Iraq and Iran continue to insist on exemptions from output cuts.