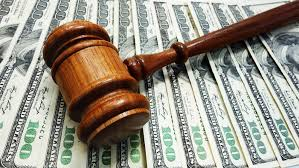 As the saying goes, “Not bad work if you can get it!”

A federal judge in New Orleans has ruled the attorneys who sued BP over its 2010 Gulf oil spill will divide $555.2 million for their work on behalf of the people and businesses who suffered economic damages.

It’s the ruling from U.S. District Judge Carl Barbier in a 42-page decision that came about from the 2012 settlement that is expected to announce for nearly $13 billion of BP’s spill-related costs.

The ruling did not indicate how many attorneys will share in the $555 million but it reflected the total amount of money was 4.3 percent of the settlement. The judge called it “modest” compared to awards in similar legal cases.