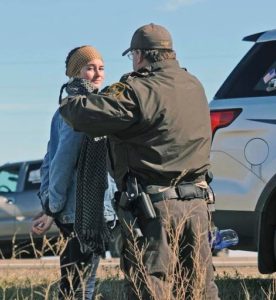 The start of “Divergent” entered her pleas this week through attorney Alexander Reichert. She was among about two dozen protesters arrested Oct. 10. Woodley could get 60 days in jail and $3,000 in fines if she is convicted.

The Stockmen’s Association is offering a $14,000 reward. But Stockmen’s Chief brand Inspector Stan Misek says so far, there’s no evidence there is any connection between the kililngs and thefts and the protests.