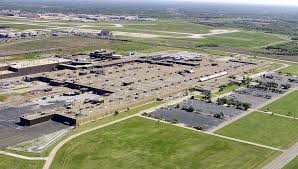 Tinker Air Force Base is about to get a nearly $19 million energy efficiency project to be carried out by Oklahoma Gas and Electric and Honeywell.

Experts say the project should reduce energy consumption by 44 percent and save the military more than $3.5 million a year. The improvements will also cut down on climate-changing pollution by more than 178,000 metric tons a year.

“Unlike some projects built in the 1940s and 1950s, this assembly facility is relatively new and the equipment is somewhat updated,” said Kevin Madden, vice president and general manager at Honeywell Building Solutions.

He said the project is part of a presidential executive order issued in 2015, aimed at reducing energy consumption on military bases by 25 percent by 2025.