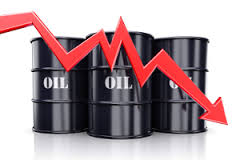 Oil futures finished at their lowest level in a week, after the International Energy Agency warned that supply will continue to outpace demand during 2017, according to Bloomberg MarketWatch.

On the New York Mercantile Exchange, October West Texas Intermediate crude fell $1.39, or 3%, to settle at $44.90 a barrel, marking its lowest settlement since September 6.

On London’s ICE Futures Exchange, November Brent crude, the global benchmark, dropped $1.22, or 2.5%, to end trading at $47.10 a barrel, marking its lowest finish since September 2.

“This supply-demand dynamic may not change significantly in the coming months. As a result, supply will continue to outpace demand at least through the first half of next year,” it said in its report.

Futures rose during New York trading on Monday, getting a lift from a report from data provider Genscape Inc. that showed storage at the Cushing, Oklahoma storage hub fell by more than 1.2 million barrels last week. That follows a government report in the previous week that showed a 14.5 million-barrel drop—one of the biggest one-week declines in U.S. oil inventories on record.

Data from the U.S. Energy Information Administration due out Wednesday could show a rebound in stockpiles. S&P Global Platts said it expects crude inventories to rise 3.3 million barrels, noting that the prior week’s decline was likely weather related.

Meanwhile, October natural gas fell about half a cent, or 0.2%, to settle at $2.909 per million British thermal units on the New York Mercantile Exchange.