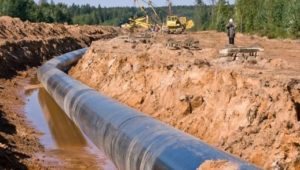 The Federal Energy Regulatory Commission’s being asked by Williams Partners and its Transcontinental Gas Pipe Line Company to construct a 475,000 dekatherm per day gas pipeline expansion in Texas to Louisiana. It carries a price tag of more than $3 billion.

Williams intends to use the line to connect U.S. natural gas supplies with global liquefied natural gas markets. The Gulf Connector Project is designed to deliver 75,000 dekatherms a day to Freeport LNG Development, L.P.’s liquefaction project by the second half of 2018. It then plans on delivering 400,000 dekatherms a day to Cheniere Energy’s Corpus Christi liquefaction terminal in 2019.

Both liquefaction operations are under construction and pending the appropriate FERC approval, construction on the first phase of the pipeline expansion will begin in the third quarter of 2017. The project carries a $1.3 billion price tag in 2016 as part of the Williams Partners’ 2016 capital plan and $2.4 billion in 2017 for Transco expansions and other interstate pipeline growth projects.

“This project underscores how the abundance of natural gas in the U.S. is changing the global energy landscape,” said Rory Miller, senior vice president of Williams Partners’ Atlantic-Gulf operating area. He explained the U.S. is projected to become the world’s third-largest LNG supplier in five years.

Leaders at Williams Partners say the company is more than ready to take advantage of the projected surge in LNG demand growth as its Transco pipeline passes through every U.S. state with an LNG export facility currently under construction.