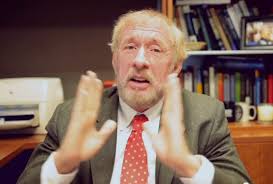 The economies of Oklahoma and 8 other states that make up Creighton University Ernie Goss’s Mid-American Business Conditions Index just aren’t getting stronger.

It’s the finding in his August index released Thursday, which showed a drop in numbers for the second consecutive month.

“That’s just not good,” said Goss in his video release of his findings. He pointed out that energy and farm prices continue to fall, with oil and gas prices tumbling in Oklahoma and North Dakota, two states very dependent on the energy sector.

His report says the Index grew only slight to 47.8 in august from 47.6 in July. The Index is based on a survey of supply managers in Arkansas, Iowa, Kansas, Minnesota, Missouri, Nebraska, North Dakota, Oklahoma and South Dakota.