Stillwater Legislator Critical of State Response to Earthquakes—-Says State Needs to be Proactive, not Reactive 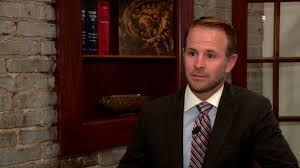 A Stillwater legislator who has led fights to stop oil and gas drilling around cities and towns and blames the energy industry for earthquakes in the state now wants a wider moratorium on disposal wells.

The call has been made by Rep. Cory Williams, a Democrat who issued a recent press release outlining his plan.

” State officials deserve credit for taking steps to prevent the earthquakes rattling Oklahoma, but could do much more – and at a faster pace – state Rep. Cory Williams said Thursday.

The Stillwater Democrat called for a moratorium on all oilfield wastewater disposal wells in the previously identified high-risk area defined by the Oklahoma Corporation Commission.

The commission previously defined a geographic area where a majority of the epicenters of quake activity have been centered. Williams also wants the commission to review that area and determine whether it needs to be expanded for the most recent seismic activity.

After a state-record magnitude-5.8 earthquake struck near Pawnee on Sept. 3, followed by a series of aftershocks, state and federal officials ordered operators of 54 injection wells in the surrounding area to shut them down. However, less than two weeks later and after an industry-sponsored “workshop,” about half of those wells are being allowed to resume operating at a reduced rate, an analysis by The Frontier, a Tulsa news organization, revealed.

“When – if ever – will the Corporation Commission begin demonstrating as much concern about Oklahoma homeowners whose property is being damaged by earthquakes, as it does about the oil and gas industry that’s causing the earthquakes?” Williams asked. “We continue to be reactive – we have a quake and form rules to react to it. This state still does not have a proactive approach to seismicity and oil and gas regulation. Reacting to a large quake is unacceptable – prevention should be the goal.”

Numerous scientific studies have linked the spate of earthquakes rattling Oklahoma to oil/gas operations, specifically the injection of millions of barrels of naturally occurring saltwater into subterranean disposal wells.

A barrel of oil extracted in Oklahoma typically is accompanied by anywhere from 10 to 50 barrels of “fossil” saltwater loosed during the exploration process.

This wastewater is injected into disposal wells that are as deep as 7,000 or more feet belowground, under pressures ranging from 200 pounds per square inch to 1,000 psi. The saltwater is lubricating subterranean faults and exerting enormous pressure on underground formations.

During a news conference held Monday by the Corporation Commission, which regulates the oil and gas industry in this state, Jim Marlatt of the commission’s Oil and Gas Conservation Division said that the volume of wastewater being injected in the vicinity of the Pawnee ‘quake will be reduced from 75,000 barrels per day to about 35,000 barrels per day.

Since a barrel is equal to 42 gallons, “That’s still 1,470,000 gallons a day of wastewater being pumped underground,” Williams said. That’s equivalent to 47 fully loaded railroad tank cars, each holding an average of 750 barrels of fluid. And since every gallon of water weighs approximately 8.3 pounds, that’s 12.2 million pounds of wastewater being pumped underground daily in the Pawnee/Osage county disposal wells, Williams said.

Approximately 205 billion gallons of oilfield saltwater have been injected into Oklahoma disposal wells over the last five years, records indicate.

“No wonder the Hutchinson, KS, newspaper is questioning ‘when Oklahoma is going to wake up to the dangers it has caused with slow regulation of oil and gas production’,” Williams said, citing a Sept. 9 editorial.

“In Kansas, we’re getting used to feeling the tremors from our neighbors to the south, but it’s becoming tiresome,” the Hutchinson News managing editor wrote. “Gas and oil are huge factors in Oklahoma’s economy,” the editor continued. “They’re important to many Kansans, too. But this state has taken strong steps to regulate activity, which has lessened the shock.”

Logan County Commissioner Marven Goodman of Guthrie proposed a resolution asking the Corporation Commission to temporarily suspend all saltwater disposal injection well operations in that county “until such time as a proper geological survey and seismic study can be conducted at depth.” His motion died for lack of a second during the Logan County Board of Commissioners’ meeting Thursday morning.

In addition, Goodman said he FAXed a letter to the Corporation Commission on Sept. 5, asking the Oil & Gas Conservation Division to shut down a wastewater disposal well in his district. “I’m concerned about our historic buildings” in Guthrie, he explained. He said Thursday he has not received a response from any agency official.

Williams also called on the Corporation Commission to ban oilfield wastewater imported from other states.

“I don’t care what the percentage of out-of-state saltwater we’re accepting is,” he said. “Any amount is too much. If we placed a moratorium on injection in the high-risk areas, this would include a ban on saltwater being trucked into those high-risk areas.”

Williams also implored Governor Fallin’s administration to require transparency with regard to her seismicity council and “workshops” hosted at government facilities and attended by government employees.

Just last week a two-day workshop on the earthquakes that are shaking northern, northeastern, central and western Oklahoma was sponsored by a state agency (the Oklahoma Geological Survey, based at the University of Oklahoma), was held in a public facility (the Moore-Norman Technology Center), and was attended by state and federal government officials (the OGS, the Corporation Commission and the Environmental Protection Agency).

Nevertheless, the public and the news media were excluded and in fact reporters were removed from the meetings. Four of nine panel discussions listed on the workshop program were moderated by energy industry executives. The workshop participants were welcomed to the event by a University of Oklahoma dean who serves on the executive board of one of those energy companies, for which he receives a six-figure compensation.

Ironically, a discussion during the earthquake workshop involved what was described as “the obligation to be transparent across agencies” with data and information, according to The Frontier.

Similarly, the governor appointed a Coordinating Council on Seismic Activity two years ago this month, “and not one of their meetings has been open to the public,” Williams noted.

“I don’t object to oil and gas industry representatives participating in these seminars and councils,” Williams said. “But their activities should be conducted out in the open, not behind closed doors.

“This is what erodes the confidence of the public in their government. Closed-door meetings, unduly slow regulation, government talking points drafted by the industry, and a seeming indifference to the plight of property owners ‘left holding the bag’ for damages caused by the oil and gas industry give an appearance that we care more about executive and shareholder profits than our own constituents.”

Oklahoma has become the most seismically active region in the entire United States – surpassing even California and its notorious San Andreas Fault – “yet our state’s leaders don’t have the backbone and intestinal fortitude to force the energy industry to act in a responsible manner,” Williams asserted.”