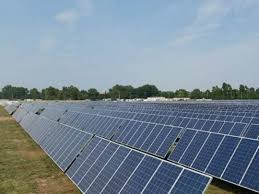 Attorney and former Oklahoma Corporation Commissioner Jim Roth, Pawnee Mayor Brad Sewell, Oklahoma City Councilman Ed Shadid and several solar executives will speak during the October 1 event to be held in the south conference room of the Student center at the OSU-OKC campus.

Johnson Bridgwater, Director of the state’s Sierra club described it as a policy forum to discuss ways to increase solar power in Oklahoma.

He said there will be public presentations and discussion regarding solar energy in the state, its current uses, its current challenges and what needs to happen to unleash its full potential in the state.

“Oklahoma is currently ranked 48th in the nation regarding its use of solar energy, but it is projected to be capable of becoming 6th in the nation if it makes certain changes and pursues certain projects statewide,” said Bridgwater in announcing the Saturday Summit.