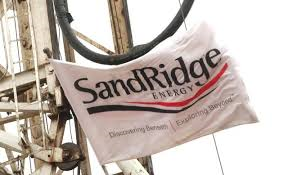 Oklahoma City-based SandRidge Energy is expected to come out of bankruptcy in the coming week and already has announced plans to spend an estimated $250 million on 37 wells in the remainder of the year.

SandRidge filed Chapter 11 bankruptcy earlier in the year but now plans to embark on an aggressive drilling pattern that could result in the company’s production of close to 19 million oil equivalent barrels on the year.

The program includes intentions of drilling eleven wells in Colorado and 26 horizontal laterals in the Mid-Continent. Right now, SandRidge has one rig in northwest Oklahoma’s Mississippi Lime formation and another in the Niobrara of northern Colorado. In the first half of this year, the company drilled 18 laterals in Oklahoma and Kansas and brought 26 laterals online.

“The Mid-Continent continues to benefit from improved reservoir characterization and primarily multilateral and extended lateral drilling is planned,” said the company.

Over the past six years, SandRidge drilled more than 1,600 horizontal wells in the region, often using multilaterals and drilling up to four horizontal laterals from one vertical hole.

“This approach reduces the average drilling and completion cost per lateral while further reducing expenses by utilizing shared surface facilities and artificial lift systems,” explained the company in a statement.