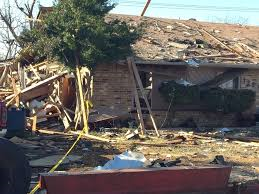 The filing has been made and now it is a matter of a hearing date to be set in the matter of the State Corporation Commission filing a complaint against Oklahoma Natural Gas nearly 9 months after three people were injured in a January pipeline explosion in Oklahoma City.

The filing of the complaint was made last Friday by Patricia Franz, Director of the Transportation Division of the Corporation Commission. In it, she alleged three violations of the Oklahoma Administrative Code by ONG.

Count One said ONG “failed to perform, or document performance of, continued surveillance when responding to eight leak failures of a natural gas pipeline.”

Count Two alleged ONG “failed to investigate, or document investigation of, the cause of eight leak failures.”

Count Three said ONG  “Failed to properly perform a bar hole survey, required by Respondent’s written procedures, when responding to a customer-reported gas leak the day before the explosion.”

The explosion happened on Whispering Hollow Drive in Oklahoma City and left dozens of homes damaged in the neighborhood.  An investigation by ONG claimed the leak happened from a crack in a weld in a four-inch plastic pipe.

The Corporation Commission released its own investigation report in August, citing ONG’s “Failure to analyze” the joints on the pipe.

ONG issued a statement following Friday’s filing of the complaint.

“We have recently received the complaint and notice of hearing. It is being thoroughly reviewed at this time. We will continue to cooperate with the Oklahoma Corporation Commission and fully participate in the proceedings.”