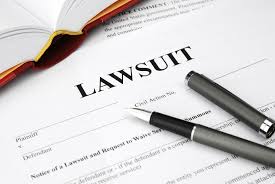 He accused the company of not paying royalties o the products produced from the stream of gas coming from wells. He also said BP America breached its lease obligations in underpaying royalties by deducting proessing costs and post-production midstream services.

“Rather than adopting transparency in its royal calculation formula, BP, like most lessees, has guarded its production and accounting processes as confidential or proprietary, thereby, depriving the royalty owners of information necessary to understand how BP calculates royalties,” stated the lawsuit.

Cecil claimed in the lawsuit that BP underpays royalty to him and other Class members in one or more ways. He charged that BP has settled similar claims on a non-class basis in Oklahoma yet only doing so for those that asserted their claims individually.

“This allows BP to quiet the ‘squeaky wheels’ while continuing its improper practices as to all others and reaping millions off dollar in improper proceeds,”  charged Cecil’s lawsuit. He claimed BP has settled such claims amounting into hundreds of millions “if not billions of dollars.”

The legal action claimed BP’s “misrepresentations and omissions were intentionally made” and were intended to suggest that the price was a third party commercial price without hidden deductions.

“By creating and mailing misleading check stubs to the Class, BP has fraudulently and deceitfully misled the Class into believing that the Class Members had been paid on the full value of the production from their wells.”