Clean Power Plan to be in Federal Appeals Court Next Week 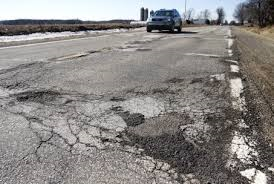 Drivers no doubt are saying you don’t need a national report to tell us how bad Oklahoma roads and highways are. Just ask truck drivers who haul oil and gas down the road. Or how about those truckers who tow those massive wind turbine blades to new wind farm sites.  But a new annual report by the Reason Foundation says Oklahoma ranks 17th in the U.S. in the condition and cost-effectiveness of its highways.

The report says just drive across the state line into Kansas to see the difference because the Sunflower state is one of the top three states with cost effective highways. The two others are South Carolina and South Dakota. The worst performing highways are in Alaska, New Jersey, Hawaii, Rhode Island and Massachusetts.

As for Oklahoma, this year’s 17th ranking in the 22nd report by the Foundation is an improvement from last year when it ranked 22nd. The report is based on eleven categories including highway spending, pavement and bridge condition, traffic congestion and fatality rates.