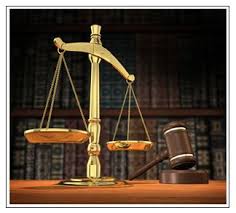 The State of Oklahoma launched its second round of attacks this week on the Environmental Protection Agency over its enforcement of the Clean Water Rule and the controversial WOTUS or Waters of the U.S. Rule.

The State, along with business groups led by the U.S. Chamber of Commerce argued the Tenth Circuit Court of Appeals in Denver has the legal authority to hear their challenges of WOTUS, even though the Sixth Circuit court ruled it has total jurisdiction over the case.

The Sixth Circuit made its ruling in February, striking what some saw as a blow to the efforts of Oklahoma and other states challenging the rule.

State Attorney General Scott Pruitt filed suit originally in the Tulsa North district federal court and was joined by the U.S. Chamber of Commerce, the National Federation of Independent Business, Portland Cement Association and the Tulsa Regional Chamber of Commerce. The suit was against the EPA and the U.S. Army Corps of Engineers, claiming the rule went beyond the authority granted to the agencies.

“The EPA’s new rule is nothing more than the federal government trying to put a noose around the necks of business, agriculture and economic development,” said State Chamber of Commerce President and CEO Fred Morgan at the time of the filing of the original lawsuit. “In effect, WOTUS will make dry creek beds and rain puddles subject to federal regulation, preventing property owners from being able to use their own land.”

He argued the rule cannot be allowed to stand “and we will continue to work with our partners in the lawsuit and with Oklahoma Attorney General Scott Pruitt to combat this overreach.”

However, a Tulsa federal judge ruled against the groups, a move that prompted the filing of an appeal.