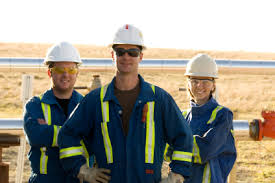 The latest jobless figures in Oklahoma continue showing a loss of energy jobs in the state in the month of August, according to the Oklahoma Employment Security Commission.

Overall unemployment rates went up during the month in 73 of Oklahoma’s 77 counties. They were lower in two and unchanged in two others. Stephens County and Duncan had the highest rate at 10.3 percent. The county is home to a large Halliburton operation since Duncan is where the company was founded and its headquarters located there until they were moved to Houston. Obvious layoffs at the company contributed to the high jobless rate for the southern Oklahoma county.

The lowest jobless rate was 2.7% in Cimarron County, the western most county in the Panhandle.

But a review of the Mining, Logging and Construction sector where oil and gas employment is calculated shows losses in the state’s three major metropolitan areas: Oklahoma City, Tulsa and Lawton.

The Mining and Logging Sector for Tulsa showed a loss of 700 workers from August 2015 to last month or 10.1% while there was no loss reported from July to August of 2016. Tulsa’s August employment in the sector totaled 6,200.

One of Oklahoma’s hottest oil and gas plays is the STACK located in Blaine, Canadian and Kingfisher Counties. In each, the jobless rates have been on a steady decline since June. Blaine county’s workforce has grown and the jobless rate fell from 4.3% in July to 4.2% in July and 3.8% in August. The current unemployment rate is still slightly higher than the 3.3% in August 2015.

Canadian County has a similar trend, seeing an increase also in its labor force. Its jobless rate has steadily declined from 4.6% in June, 4.4% in July and 4.3% in August. The August 2015 jobless rate was 3.5%.

Kingfisher county also saw an increase in its labor force and like Blaine and Canadian counties, its jobless rate has slipped since June when the rate was 4.0%. In July, it dropped to 3.8% and reached 3.5% in August. The August 2015 unemployment rate was 3.2%.