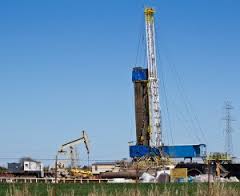 Both Oklahoma and the U.S. oil and gas rig counts grew over the past week with Oklahoma adding four more rigs to reach a total of 66 working rigs, according to figures released by Baker Hughes Company.

The nation’s count grew by 8 to hit 497 working rigs including one more oil rigs and 7 more gas rigs. Nationally, the oil count is up to 407 while the number of gas rigs stands at 88.

Of the oil and gas plays in Oklahoma, the Granite Wash remained at 9 rigs while the Mississippian dropped one to reach two. The Ardmore Woodford remained at one while the Arkoma Woodford stayed at two.

The biggest and most active oil and gas play, the Permian Basin in west Texas and New Mexico added three rigs to reach 202, still below the 253 working rigs reported a year ago.

Of the oil and gas producing states, Texas remains the most active with 241, an addition of four in the past week. Colorado dropped by one to reach 19. Baker Hughes says Kansas has no working rigs. Louisiana suffered a drop of 7 to reach 35. New Mexico remained at 30. North Dakota added one to reach 28.