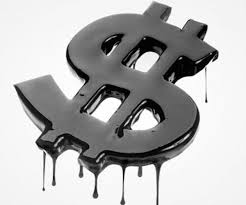 Oil futures plunged sharply on Friday after a Saudi Arabian delegate reportedly said oil producers aren’t likely to make a decision on production levels at the Algiers meeting, according to Bloomberg MarketWatch.

The informal meeting at the International Energy Forum in Algeria will only offer a chance for OPEC and other oil producers to consult with each other about production levels, according to the report. It is unlikely that an agreement will be reached at this stage.

On the New York Mercantile Exchange, November West Texas Intermediate crude fell $1.84, or about 4%, to settle at $44.48 a barrel, marking the sharpest single day dollar and percentage loss since July 13. WTI had traded higher for four days in a row and managed to book a weekly gain of 2%.

“Oversupply is running at about 1.6 million barrels per day at the moment and any deal will probably aim to stop that situation from getting any worse,” said Robert Minter, investment strategist at Aberdeen Asset Management. “That would keep prices at around $40-50 per barrel.”

“But narrow interests and nationalism often trumps rationality at OPEC, so a deal could well not happen,” said Minter. “If nothing gets done, then we could see prices go down to $30.”