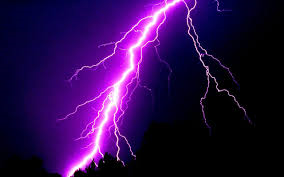 Talk about energy! How about the nearly 200-mile-long lightning bolt that scientists maintain they recorded over Oklahoma.

Experts at the world Meteorological Organization say they calculated the lightning bolt occurred June 20, 2007 and actually traveled 199.5 miles, making it the world’s longest lightning bolt. That means it traveled nearly the entire length of the state since the state is 230 miles wide.

The same scientists say they also recorded the longest lightning flash of more than 7 seconds on Aug. 30, 2012 over Provence-Alpes-Cote d’Azur, France. How were they able to prove it? They used improved remote sensing techniques which allowed the detection of previously unobserved lightning extremes.

An official in charge of Climate and Weather Extremes for WMO says the investigation highlighted that, because of technological improvements, climate experts can now monitor and detect specific lightning in greater detail than ever before.