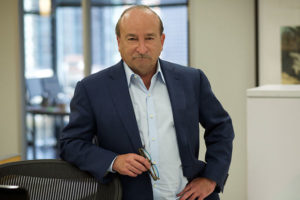 A seasoned energy executive with Oklahoma ties was recently appointed as the new chairman of the board for Houston-based Swift Energy Company, according to a company press release issued on Tuesday.

Swift led the company since 2001 after assuming the top leadership role from his late father, Aubrey Earl Swift, who founded the company over 36 years ago. Terry Swift joined the company in 1981.

“We are excited to have Marc as Chairman of the Board. He brings a wealth of relevant industry and operating experience to the company, highlighted by his current leadership role as founder and Senior Managing Director of IOG Capital and as the former Executive Vice President and Chief Financial Officer of Chesapeake Energy Corporation, among other notable accomplishments throughout his distinguished career,” said Michael Duginski, chairman of Swift’s Nominating and Strategy Committee. “His industry insights and leadership will be invaluable as we move the Company forward.”

Swift Energy recently emerged from Chapter 11 bankruptcy protection in April. Founded in 1979, Swift Energy Corporation is engaged in developing, exploring, acquiring and operating oil and gas properties, with a focus on the Eagle Ford play area of South Texas and the Louisiana onshore and inland waters.