No Quake Damage at Cushing Tank Farm—-Operations Continue as Normal 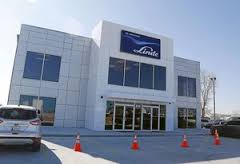 Recent layoffs at Linde Engineering North America affected 25 workers at the company’s Tulsa-based operations, according to a report by The Tulsa World.

In a brief company statement, Linde indicated the decision was made based on continued economic challenges and the need to better align resources to serve customers.

The company confirmed on Friday that Linde reduced around 8 percent of its North American workforce. Those affected by the layoffs were provided with outplacement services and severance packages, according to a company statement.