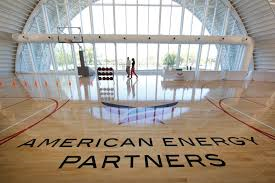 One of the growing legal issues confronting the estate of the late Oklahoma oil and gas mogul Aubrey McClendon focuses on the sale of 18,000 production acres in Oklahoma’s SCOOP and STACK plays.

The investment group, Wilmington Trust which is a major creditor in the McClendon probate case, is opposed to the sale because an estimated $3 million in proceeds would be distributed to Tom Blalock, one of McClendon’s former business partners, according to a report in the Journal Record.

Blalock is on the executive management team of American Energy Partners and the land in question was sold by an AELP subsidiary to Jones Energy. The sale totaled nearly $136 million.

An attorney for Wilmington Trust contends it is a conflict of interest, something that Blalock admits. But he also wants the court to approve the distribution of money from the sale.