No Slump Expected at Upcoming Oklahoma Oil and Gas Expo 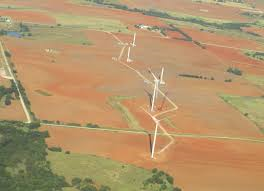 Oklahoma City U.S. District Judge Timothy D. DeGiusti is being asked to decide if the Kingfisher Wind LLC farm located near Kingfisher is a nuisance to neighbors who don’t want it there.

The neighbors formed a group called the Oklahoma Wind Action Association and sued Kingfisher Wind LLC which is a unit of Apex Clean Energy Inc. The suit wants the wind farm to be locate at least two miles from their homes. But the wind farm, with 149 turbines in southern Kingfisher county and northern Canadian county was finished earlier in the year.

Judge DeGiusti is hearing arguments in a bench trial as reported by The Oklahoman. The suit, filed in 2014 is listed as: cv-00914-D.