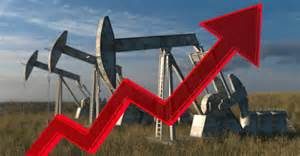 The trend of oil and gas workers being let go by the thousands in Oklahoma might have bottomed out.

“I’m cautiously optimistic that if oil and gas prices stay in the range they’re in, we may have seen the bottom in terms of the declines in the employment in the sector,” said Gray in an interview with OK Energy Today.

Here’s why he speculates things might be slowly turning around.

The industry had its employment peak in November 2014, then it suffered 20 straight months where jobs were lost.

“That changed in August,” said Gray. “We actually had an increase in 200 jobs. We went from 43,000, our estimate in July, to 43,200. Not a large increase there of course but it’s a change in direction and I couple that with our July estimate increased. It was revised upwards.”