Saddlehorn Pipeline from Platteville to Cushing is Operational 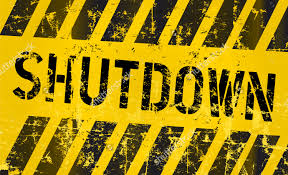 Officials at the Oklahoma Corporation Commission make it clear that the mandatory shutdown of 37 wastewater injection wells following Saturday’s magnitude 5.6 earthquake might not be the last action they take.

“This is not considered a final action,” stated Matt Skinner, spokesman at the OCC in a note to reporters. “Other actions are possible depending on new data.”

The shutdown affects wells in a 725-square-mile area while 211 square miles not under the OCC jurisdiction are affected as well.

The length of the shut-down is “indefinite.” Wells in nearby Osage County, which are under EPA sole jurisdiction since Osage County falls under the Bureau of Indian Affairs could be affected depending on the decision of the U.S. Environmental Protection Agency.

Here is the text of the letter also mailed to the well operators affected by the shutdown:

The Commission’s Oil and Gas Division (OGCD) is exercising its authority pursuant to  17 O.S. Sec. 52, 52 O.S. Sec. 139 (D) (1) and OAC 16: 10-5-7(g) to respond to an emergency situation having potentially critical environmental or public safety impact  resulting from the operation of saltwater disposal wells.

The affected area highlighted on the attached map was previously designated as an area  of interest based upon the dramatic increase in earthquakes within the immediate area. The OGCD has reviewed the report of earthquake activity of magnitude 5.6 MW as reported by the Oklahoma Geological Survey (OGS) on Saturday Sept. 3rd, 2016.  The reported earthquake activity constitutes an emergency situation. The following instructions pertain to your operations within the designated area of interest and affect the wells listed below.  These instructions are mandatory and to be implemented immediately.

The following schedule applies to all wells within the defined zone in the Area of Interest:

A managed shut-in of wells currently authorized to inject, to be completed on or before Sept. 10th,  2016.

A managed shut-in of wells currently authorized to inject, to be completed by Sept. 13th, 2016.

The actions directed in this letter will be reviewed as more information becomes available.  Subsequent actions may be necessary if the data warrants such action.

Objections to this action must be submitted in writing by email to Charles Lord or Jim Marlatt at the email address listed below, or at the address or facsimile number indicated in the letterhead.  Failure to comply may result in formal legal action by the OGCD.