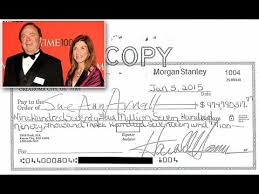 Billionaire oilman Harold Hamm’s ex-wife Sue Ann Amall has won a ruling from the State Court of Civil Appeals allowing part of her challenge of their 2014 divorce to move ahead. The court ruled in a fight between the two over the valuation of Jolette Oil LLC and Mineral Acquisitions LLC, firms whose assets were sold to Hamm’s Continental Resources company in 2005.

Amall contends the assets were sold for below-market value when they were still married in 2005. The sale amounted to $4.5 million. An Oklahoma county judge dismissed her original lawsuit last year. So Amall appealed and the appeals court said her challenge can be heard.

The Jolette Oil company leases were in North Dakota and the Hamms used them as a basis to secretly build up leases in the Bakken. It wasn’t until 2007 when Continental went public that it really owned the leases. OK Energy Today wrote about the business maneuver in March of last year.

After Amall filed for divorce, Hamm finally settled for $974.8 million .