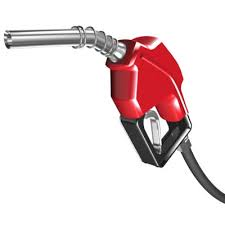 The Labor Day weekend brought a drop in gasoline prices in Oklahoma with a new statewide average of $2.06, a drop of 5 cents a gallon according to AAA Oklahoma.

“The statewide average is down seven cents from where it was on August 30, said Chuck Mai, spokesman for the group. “But the drop is even more dramatic in Tulsa where the citywide average has plummeted 14 cents August 31. Oklahoma City’s average has fallen 11 cents since August 30.”

Four Oklahoma cities have averages less than $2 a gallon with Shawnee and Lawton tied for the low at $1.97 a gallon. Muskogee’s average is $1.98 while the prices in Idabel are at an average of $1.99.

Stillwater has the highest average at $2.23 a gallon while Ponca City is second highest at $2.16.

Nationally, South Carolina has the lowest average at $1.94 followed by Alabama at $1.97, Mississippi at $1.98 and New Jersey with an average of $1.99. Oklahoma’s average is the country’s eleventh-lowest.