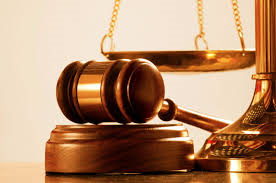 Four energy companies sued in Oklahoma City federal court by the Sierra Club in a fight over earthquakes and who or what is causing them contend the Sierra Club is asking the court to be a “backseat driver” while painting itself into a corner.

Attorney Scott Poynter, who filed the suit on behalf of the Sierra Club contends the suit is the best effort in creating a moratorium on wastewater injection wells that many suspect are causing the quakes.

Responses from the oil and gas companies show the attorneys believe the Sierra Club’s challenge of the Oklahoma Corporation Commission is confusing at best.

“Plaintiff has painted itself into a corner,” argued the attorneys for New Dominion in a recent response. “The relief sought in Plaintiff’s First Amended Complaint is largely unavailable under RCRA and the  remaining injunctive relief will either heavily conflict with or altogether supplant efforts by the Oklahoma Corporation Commission to establish a comprehensive and coherent state-wide policy to address seismicity insofar as it can be affected by changes in wastewater disposal.”

New Dominion argued what the Sierra Club is attempting to do is “collaterally attack existing OCC disposal well adjudicatory orders.” The company told the court either the Sierra Club’s requested relief conflicts head-on with the OCC or the federal court “has been stripped of its jurisdiction to hear this case.”

Devon Energy made a similar claim.

“Plaintiff’s opposition insists that this Court should usurp the Oklahoma Corporation Commission’s role as regulator of the state’s wastewater disposal wells,” argued the company in its filing.

“Plaintiff insisted that there was a void of seismicity regulation in Oklahoma that only this Court could fill. Based on its assertion that “no government body is currently taking a holistic or proactive view of waste injection,” Plaintiff demanded that this court don the mantle of seismicity czar, enlist a cadre of hydrogeological experts and order immediate and substantial reductions in disposal injection volumes across hundreds of wells.”

Devon’s attorney pointed out that after the firm and the other defendants pointed out in their motions to dismiss the suit that the Corporation Commission has been vigorously and comprehensively addressing seismicity for some time, “Plaintiff abandoned its muscular vision of judicial seismicity regulation and now acknowledges that this Court must take a back seat to the Commission’s regulatory efforts.”

Chesapeake Energy also asked the court to dismiss the suit and leave the injection well issue in the hands of the Corporation Commission.

“Plaintiff has not alleged a single instance of non-compliance and in fact, concedes that the OCC has authority to issue mandatory orders relative to seismicity.”

The judge in the case has yet to rule.