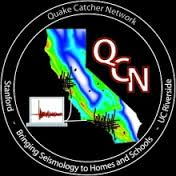 As the Tulsa World reported this week, the Tulsa Geoscience Center has become active in learning more about Oklahoma’s increased earthquakes.

The Center also recently received its first sensor from the Quake-Catcher Network, making it the first one of the Tulsa area. The Center has become a part of a nationally effort  involving citizens in tracking seismic activity.

Other sensors are in Oklahoma City, Stillwater and Seminole.