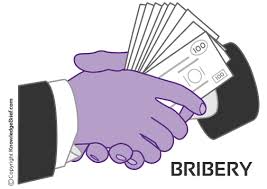 The efforts of some consumers to force the Oklahoma Corporation Commission to reopen a 1989 bribed vote that granted a rate hike to then-Southwestern Bell could end on Wednesday. It’s when the Commission has scheduled a vote on the case that consumers want to see an estimated $16 billion returned to ratepayers.

The issue came back before the commission last month but in Commissioner Dana Murphy’s absence, Commissioner Todd Hiett indicated he would vote to dismiss the case sought by the group called Oklahomans Against Bribery.

The vote could come as the U.S. Defense Department is seeking to be represented in the issue. In filing a request on Sept. 1, DOD attorney Matthew Dunne of the Regulatory Law Division of the U.S. Army Legal Services Agency at Ft. Belvoir, Virginia suggested the military should be represented in resolving the criminal activity.

“The Applicants have presented compelling evidence of intrinsic fraud utilized by Southwestern Bell Telephone Company to obtain certain orders and judgments of the Oklahoma Corporation Commission to include Order No. 341360. DOD/FEA was affirmatively injured through the aforementioned criminal activity. To date, such injury has yet to be remedied. In the event of a refund of excess revenues by Southwestern Bell and/or its successor (s), DOD/FEA should receive its proportionate share of the recovery,” wrote the attorney in his motion.

His motion charged that “failure to grant temporary admission to Mr. Dunne will render DOD/FEA unable to meaningfully participate in this proceeding and cause severe prejudice to the financial and other interests of DOD/FEA.”

Commission chairman Bob Anthony has supported and been part of the efforts of the Oklahomans Against Bribery, but admitted to OK Energy Today he’s not optimistic about moving ahead with the issue. Even Attorney General Scott Pruitt sided with ATT, the successor to Southwestern Bell. His office has filed efforts against the case, arguing it should be dismissed because he argued the Corporation Commission no longer has jurisdiction.

In a press release on Tuesday, the consumer’s group said, “Although by law, the Oklahoma Attorney General is supposed to represent the interests of consumers in matters before the Corporation Commission, so far AG Scott Pruitt’s office has argued with AT&T and against the consumer applicants in the bribery refund case. In a letter to the Oklahoma Bar Association, the attorney for the DOD/FEA says he is stepping forward “representing the consumer interests of the federal government in this proceeding.”

As OK Energy Today pointed out in October of last year, Pruitt received $44,000 in campaign funds from ATT just weeks after he sided with the corporation in fighting the issue as it went before the State Supreme Court.

The consumer’s group sought to keep the case alive earlier by going to the State Supreme Court but the justices ruled it belonged before the commission.

The 1989 vote for Southwestern Bell’s rate hike was tainted when a Ma Bell attorney bribed then commissioner Bob Hopkins. The two later served federal prison sentences for their crimes.

Commissioner Anthony and members of the Oklahomans Against Bribery contend since the Hopkins vote was bribed, it should not have been counted in the 2-1 decision granting the original rate hike.

The Commission hearing on the issue will begin at 9:30 a.m.