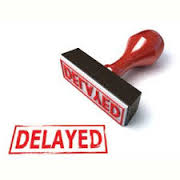 Oklahoma Corporation Commissioner Bob Anthony remains disappointed that the State’s regulatory body has received low marks nationally for its delays in handling some utility requests, including one that hasn’t had action in more than 2,000 days.

So Anthony has the issue on Tuesday’s agenda of the Commission’s public meeting that starts at 9:30 a.m.

It is listed as Consideration of Barclays Research “ranking of utility regulators” for 2016 showing Oklahoma as the only state moving lower and citing “delays in making regulatory rulings.” As shown on the agenda, “Of the five tiers, Oklahoma went down to Tier 4, now just one away from the bottom tier.”

The Commissioner did not propose any action on the issue, but wants to hold discussion. The Barclays report was issued in March and gave Oklahoma low markings for its delays in making regulatory rulings. The Tier 4 ranking indicated that it means Oklahoma is close to being in a tier with the highest cost of capital.

How much of a delay? As of the end of March, one telecom case had gone 1,961 days without a decision. A Teral Telephone company case, filed in Nov. 2012 had not been handled in 1,256 days. In both cases, those delays have since grown. The telecom case is now more than 2,100 days.