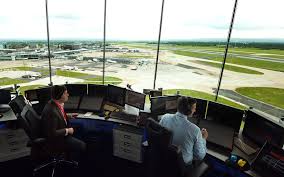 Congressman Steve Russell’s attempt to provide for an annuity supplement for certain Air Traffic Controller Instructors such as those at the Mike Monroney Aeronautical center in Oklahoma City, has won support in the U.S. House Oversight and Government Reform Committee.

It was a unanimous vote for the bill, H.R. 5785, that prevents full-time air traffic control instructors, under contract with the Federal Aviation Administration from being forced into early retirement because of what Rep. Russell calls “burdensome” annuity laws.

“Our air traffic controllers have proven themselves to be exceptional at what they do; we should be incentivizing them to work more, not less,” said Russell after the support came in the committee. “Losing them at a relatively young age, when they can serve vital roles as instructors, simply makes no sense. This corrects that and makes the airways safer world-wide. It also saves a lot of wasted effort on needless contracts.”

The bill now heads to the House floor to be considered by the full committee of the House.

Listen to Jerry Bohnen’s interview of the Congressman.